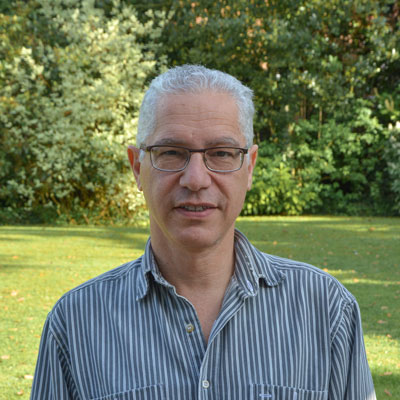 « For some time now art has been the focus of many debates which have resulted in the development of new concepts. With the advent of videos and computers, people are painting less than before. But that’s not my case. I keep on painting.

Art is my way of feeling. I paint extracting mysteries. I paint not only what I see, but also what permeates my body. I like the challenge of painting images that I’ve never seen and I’ll never see. I simply imagine an unknown route. Benign holy traumas. Wounds from kisses never given nor felt. Roads never travelled. Cities never visited. I look into my life searching for the meaning of my existence.

Every day I dig up the earth, trying to find my eyes. Not those I carry, but the ones which make me see. However, the earth, capricious and inexorable, only reveals the colors which betray me with my own eyes, the eyes that make me see ».

“Time is a precious element for painting, since it does not deal only with images. It also deals with time. To understand it, there is need for time to elapse.”